Koala recovering after getting stuck in front grill of car

A koala dubbed Wazza is recovering from minor injuries after being struck by a car and being taken for a wild ride at 70 mph in the vehicle's front grill. Photo courtesy of the Port Macquarie Koala Hospital

Sept. 26 (UPI) -- Animal rescuers in Australia said a koala was hit by a car and was stuck in the front grill of the vehicle for about 6 miles at speeds of up to 70 mph.

The Port Macquarie Koala Hospital said the female marsupial, dubbed Wazza by staff, was struck by a car on the Pacific highway, north of Kempsey, New South Wales, and ended up stuck in the front grill.

Wazza traveled about 6 miles until the car stopped and the koala was able to free herself.

Hospital staff said Wazza was lucky to escape with only minor friction burns on her hind legs.

"I suspect she pulled her hind legs up and that's what reduced her injuries," Cheyne Flanagan, the hospital's clinical director, told Guardian Australia. "She would have been dragged for [6 miles] ... She would have had no feet left."

Flanagan said Wazza is healing quickly and will be returned to the wild once her rehabilitation is complete. 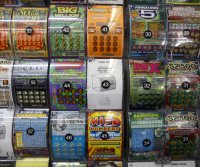 Odd News // 18 hours ago
Kansas police praise dog for getting help for owner during emergency
April 13 (UPI) -- Police in Kansas are hailing a dog as a hero after the canine ran to get help for his owner during a medical emergency.