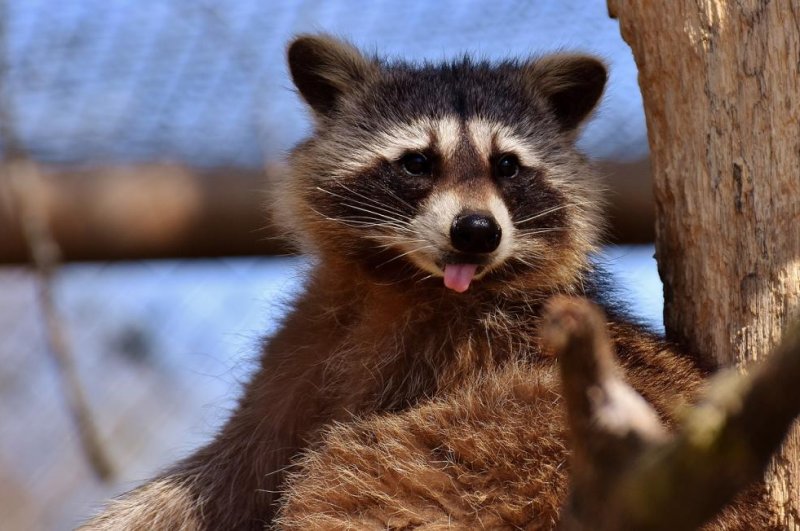 A group of mischievous raccoons broke through the ceiling of a British Columbia man's garage and were able to get into his house while he was on vacation. Photo by Alexas_Fotos/Pixabay.com

Sept. 24 (UPI) -- A British Columbia man who was on vacation when he received a phone call from a neighbor about a possible break-in returned home to find a group of raccoons had broken through his ceiling and ransacked the house.

Ken Rechik of White Rock said he cut his vacation in Costa Rica short when a neighbor alerted him to activity inside his home, and he arrived to find a gaze of raccoons had made themselves at home.

"We went into the house and there was a gaping hole in the garage and tracks all over, it was raccoons," Rechik told Peace Arch News.

Rechik said the raccoons had bored a hole through his wooden shingle roof to get into the garage attic, and they were then able to make their way into the house.

He said the raccoons feasted on sugar and ransacked the home, damaging or destroying many valuable items. They also left their waste all over the home, he said.

"I would have rather it be a burglar because at least the cops will do something. The cops don't do anything, the city doesn't do anything and it's not the first time," Rechik said.

He said raccoon problems have been worsening in recent years and he is calling on city officials to do more to address the issue.

A bear attempted to make a similar entrance to a Tennessee home recently by clawing a hole in the siding. Susan Forbes of Pigeon Forge said the bear was attempting to tunnel through the wall into a storage room when it was scared off by a police officer.

The bear was tranquilized by wildlife officials and relocated.