Sept. 5 (UPI) -- A team of developers at a Japanese company captured the Guinness World Record for largest humanoid vehicle when they constructed a 27-foot, 9-inch tall tribute to anime robots.

The company, Sakakibara Kikai, was awarded a Guinness certificate when the two-legged vehicle, named MONONOFU, was measured at 27 feet and 9 inches tall, 14 feet long and 13 feet and 1 inch wide.

Masaaki Nagumo, one of MONONOFU's developers, said it took about six years to design and build the vehicle, which is modeled after the giant robots piloted by the heroes of various Japanese animation movies and TV shows.

Nagumo said the developers realized at one point that their creation would be too large to fit through the shutter doors of the warehouse where it was assembled.

"It was important to have a cockpit, as well as good balance, such as arms and legs in relation with the body," he said.

The developer said MONONOFU's head has to be removed whenever it is taken outside for a test drive. 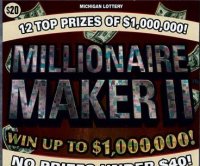