I had such a great time throwing the first stone at today's Mackinac Island Stone Skipping Tournament. Good luck to all who are competing! #4thofJuly pic.twitter.com/zaI8lJe5hV— Governor Gretchen Whitmer (@GovWhitmer) July 4, 2019

Stone skippers competed Thursday in amateur and professional categories at the contest on Mackinac Island, which was kicked off by Gov. Gretchen Whitmer throwing out the first stone.

Kurt Steiner, who holds the Guinness World Record for stone skipping after throwing a rock that skipped 88 times on the surface of the water, was among the professional "rock stars" to compete.

The prize, a Grand Hotel goblet stuffed with $200, went to first-time champion Maxwell Steiner, who managed 20 skips in a single throw.

"I haven't thrown a stone actually in two years so just getting back into it and everything. Pretty nervous today so I'm glad it went the right way for me," Steiner told WWTV.

Odd News // 5 hours ago
Christmas gift from boss earns man $200,000 lottery jackpot
Jan. 21 (UPI) -- A North Carolina man ended up getting a $200,000 Christmas bonus when a scratch-off lottery ticket from a gift bag his boss gave him turned out to be a top prize winner. 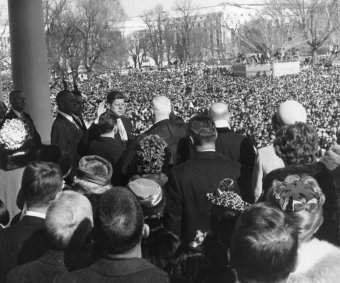