An unusual rescue for #BCFR today! Crews rescued a rider from an amusement ride after the ride lost power. The rider was stuck 55 feet up. Ladder 1 was put to good use by firefighters & we are happy to report the rider, though shaken, is fine. credit: Captain G. Moschella pic.twitter.com/jzevG9fxtc— Bay County FL EM (@BayCountyEM) June 30, 2019

July 1 (UPI) -- Firefighters were called to an amusement center in Florida to rescue a person trapped 55 feet up in the air on a ride called the "Vomatron."

Bay County Fire Rescue said Thomas Drive District 1 crews responded Sunday to the amusement center on Front Beach, where a rider was reported to be stuck on a ride that lost power.

The department shared photos of a ladder truck being used to reach the rider, who was stranded 55 feet in the air on the Vomatron ride.

The rider was brought back to the ground uninjured. 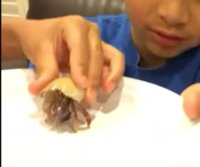 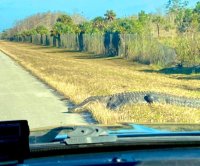