May 13 (UPI) -- A teenager made a large impression with his "promposal" when he used a Times Square billboard to ask a girl to prom.

Kyle Gelber, a senior at Horace Greeley High School in Chappaqua, was able to use the T-Mobile billboard in Manhattan to ask junior Phoebe Spar to go to the prom with him.

Gelber said his father is friends with the company's chief executive officer, who arranged for him to use the billboard.

Gelber said Spar was suitably impressed with the gesture and agreed to attend the prom with him.

The teenager's promposal went over much better with the public than a similarly-scaled question asked last year by a high schooler who spray-painted "prom... ise?" and "I promise to love you forever + always" on the rocks at the Colorado National Monument.

Colorado park rangers offered a reward for information leading to the person responsible for the graffiti.

Odd News // 12 hours ago
Animal rescuers find reported iguana in a tree was a croissant
April 15 (UPI) -- Animal rescuers in Poland said they were called out to help a suspected iguana spotted in a tree outside of a residential building and arrived to find the mystery animal was actually a discarded croissant. 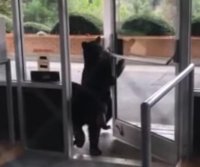 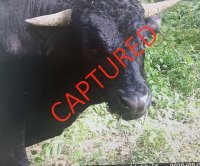 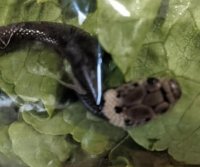