Several small detonations were used prior to the large explosion, which not only defused the bomb but sent a large spout of water into the air. Photo courtesy of Frankfurt city/Twitter

Some 600 people in the vicinity of Alte Brucke, or old bridge, were evacuated prior to the ordinance's detonation. Photo courtesy of Frankfurt Police Department/Twitter

With residents overlooking the Main River away from the location of the explosive, emergency workers safely detonated the 550-pound bomb Sunday, police said.

"Thank you, Frankfurt," police said in a tweet. "We did it again. This [bomb] has been successfully defused."

The bomb was discovered near the Alte Brucke, or old bridge, Friday by firefighters during an exercise in the Main River.

After its discovery, some 600 residents were evacuated prior to its detonation.

The detonation process consisted of several explosions as there were several, small detonations used to scare fish from the area prior to the main, large explosion that defused the bomb and sent a large spout of water into the air, police said.

Following confirmation of the bomb's detonation, Frankfurt Mayor Peter Feldmann thanked all the emergency crews and those who were evacuated from their homes "for their cooperation and patience," he said in a tweet.

It is not wholly uncommon for unexploded artillery used during the second world war to be discovered throughout Europe, and in 2017, Frankfurt police defused a bomb that required some 60,000 people to be evacuated. 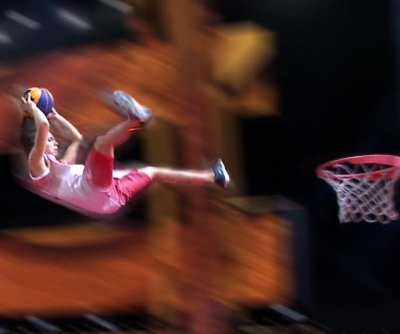