A South Carolina man who won a $100,000 lottery jackpot said he has been using the same combination of numbers for more than 20 years. Photo by John Angelillo/UPI | License Photo

April 15 (UPI) -- A South Carolina man said his $100,000 lottery jackpot came at the end of more than 20 years of playing drawing games with the same set of numbers.

The Beaufort man told South Carolina Education Lottery officials he played his usual numbers in the April 7 Palmetto Cash 5 drawing, which earned him a $100,000 prize.

"I didn't even need my ticket to know that I'd won," the man said of when he checked the results.

The winner said he plans to keep using the numbers, which are a combination of family birthdays and his wedding anniversary. 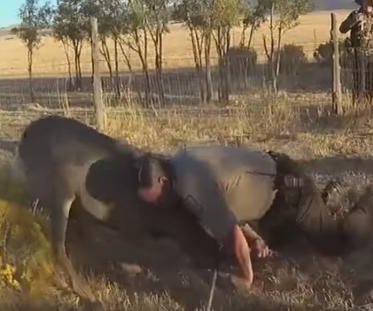 Odd News // 6 hours ago
Deer charges wildlife officer after being freed from hammock
Oct. 21 (UPI) -- A Utah sheriff's office shared video of a wildlife officer being tackled by a deer after freeing the animal from a hammock with help from a deputy.

Odd News // 7 hours ago
Norwegian official apologizes for making 2020 an hour longer
Oct. 21 (UPI) -- The Norwegian official responsible for Daylight Saving Time in the country apologized for adding an additional hour to what "has already been a very demanding year."

Odd News // 12 hours ago
Two raccoons ejected from inside California bank
Oct. 21 (UPI) -- Animal rescuers in California made an early morning visit to a bank to chase away an unusual pair of "masked bandits" -- young raccoons.