April 3 (UPI) -- An 18-year-old Japanese woman received the first haircut of her life, lopping off the majority of her once-record-holding locks.

Keito Kawahara, 18, of Izumi, Kagoshima Prefecture, said her hair was kept long as a child because of a scar on her head from an incident just after her birth, but she continued to keep it long and wear it in a braid into her teen years.

Kawahara's hair was dubbed a Guinness World Record for longest hair on a teenager aged between 13 and 17 when it was officially measured at 5.1 feet long.

Kawahara became ineligible for the record when she turned 18 last month and decided to have her first-ever haircut before going off to college.

She said the clipped hair will go to a charity that makes wigs for medical patients.

Nilanshi Patel, 16, of Gujarat, India, captured the record from Kawahara in December, when her hair was measured by Guinness at 5 feet, 7 inches long. 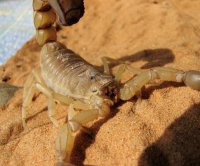