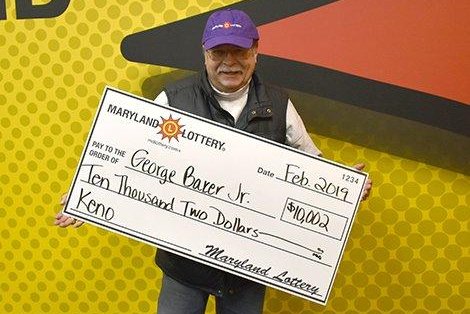 A Maryland man visited state lottery headquarters this week to collect his third Keno jackpot over $10,000. Photo courtesy of the Maryland Lottery

George Baker Jr., 69, told Maryland Lottery officials he played a 7-spot Keno wager Saturday at Legends Billiards & Cafe in Silver Spring and didn't check his ticket until he visited a grocery store the next day.

Baker said he had to check the ticket three times to make sure it was real.

"I was shocked and surprised," he said "that's why I checked a third time to be sure."

Baker said he had good reason to be suspicious of his luck -- it was his third-ever Keno jackpot over $10,000.

The winner said he plans to share some of the money with his wife of 40 years and their daughter, but first he has one thing on his mind: "We're going to dinner." 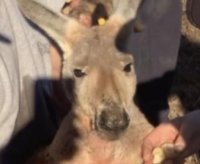 Odd News // 9 hours ago
Escaped kangaroo captured after two days on the loose in Alabama
March 4 (UPI) -- A kangaroo nicknamed "Jack" after escaping from its handlers in a small Alabama town was recaptured two days later, police said. 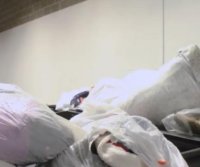