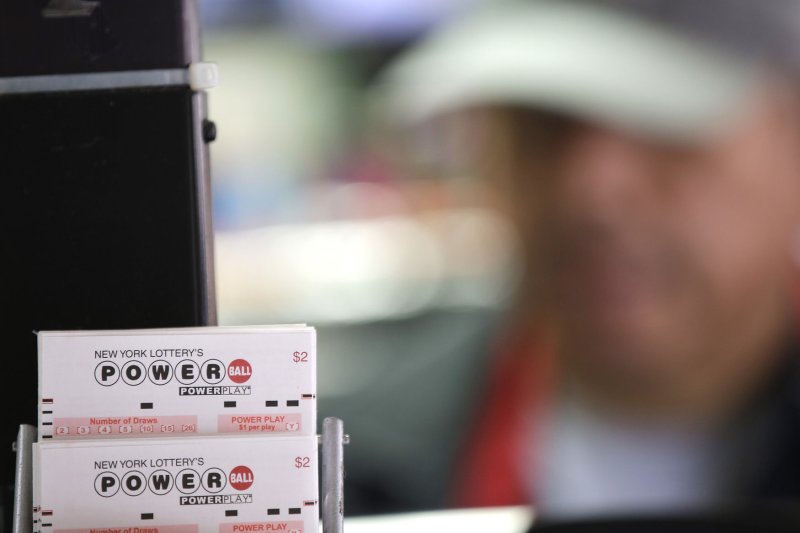 A Montana Powerball player said her $50,000 winning lottery ticket would have ended up in the trash if her brother hadn't rescued it. File Photo by John Angelillo/UPI | License Photo

Dec. 17 (UPI) -- A Montana woman said a $50,000 winning lottery ticket she intended to throw away was rescued by her brother.

Virginia Busko-Gewald told Montana Lottery officials she was inspired by her brother's lottery-playing hobby to pick up a Powerball ticket at the Great Falls Albertsons.

Busko-Gewald, who doesn't often play the lottery, said she saw that she only matched five numbers in the drawing, so she was going to throw the ticket away.

The player allowed her brother, Ken Busko, to look over the ticket first, and he explained it was a $50,000 winner.

Busko-Gewald said she plans to use some of her money to visit her nephew in Korea and her niece in New York.