Dec. 11 (UPI) -- Residents of a Pennsylvania neighborhood called attention to a large pothole in their street by filling it with a Christmas tree.

Marietta Spak said she was going through the Christmas decorations in the attic of her Wilkes-Barre home when she found a faux-fir that seemed like a perfect fit for her neighborhood's problematic pothole.

"I was upstairs in the attic and was looking for more Christmas decorations and thought that would look nice in the hole," Spak told WNEP-TV.

Spak said she wanted to help drivers avoid the hole, which she said has been getting worse in recent days.

"It can cause so many problems with these holes. That's not just a pothole. That's sinkage, and it's starting to spider web," Spak said.

Photos of the festive pothole went viral on social media and the city Department of Public Works said it is scheduled to be fixed this week. 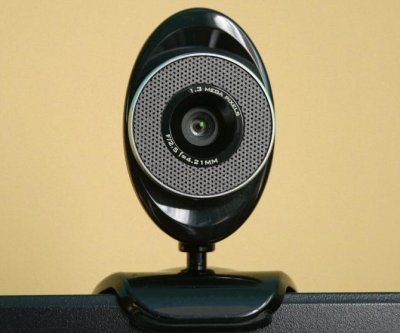 Odd News // 21 hours ago
Deer taking over Calgary neighborhood during lockdown
April 6 (UPI) -- Residents of Calgary, Alberta, said the streets being emptied of travelers amid the coronavirus pandemic has led to an influx of unusual visitors -- a large herd of deer.

Odd News // 23 hours ago
British firefighters clean up industrial foam spill
April 6 (UPI) -- Firefighters in Britain were summoned to an industrial property to deal with an unusual situation -- a spill of more than 30 gallons of fire retardant foam.