Oct. 12 (UPI) -- A group of golfers on a Florida course had to pause their game to marvel at a rare and potentially dangerous sight -- a rattlesnake on the fairway.

Logan Ungerer, 28, said he and some friends were golfing at the Mangrove Bay & Cypress Links Golf Course in S. Petersburh when they spotted the eastern diamondback rattlesnake slithering across the course.

Ungerer captured video of the big serpent making its way through the grass.

"In one of my videos it looks relatively small but when fully stretched out, it really is a massive creature and it was really cool to be able to witness that," he said.

"I've played many courses and have stuck my hands into some pretty tall grasses or areas where one of these could have been and seeing this massive snake has really made me realize that maybe when I hit the ball out of play, it's just gone," Ungerer said.

Odd News // 1 hour ago
Over 550-pound alligator takes a dip in Florida pool
May 18 (UPI) -- A family from Charlotte County, Fla., discovered a 10-foot-long, over 550 pound alligator swimming inside their pool.

Odd News // 16 hours ago
Johns Hopkins students invent edible 'Tastee Tape' to keep burritos together
May 17 (UPI) -- A team of Johns Hopkins University students are aiming to change the way people eat their burritos with a new invention: edible tape. 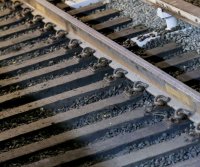 Odd News // 17 hours ago
116-year-old 'ghost tracks' unearthed following pesky coastal storm
Mysterious World War I-era railroad tracks hidden in the Atlantic Ocean? It's not quite the plot of a thriller, but rather an actual discovery found along a beach in Cape May, N.J., in the wake of a storm last week.

Odd News // 17 hours ago
Struggling dog rescued from Florida creek
May 17 (UPI) -- Police in Florida came to the rescue of a soggy canine spotted struggling to keep its head above the water in a creek. 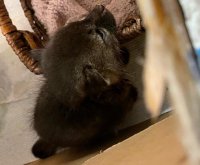 Odd News // 18 hours ago
'Kitten' rescued by California woman was a baby fox
May 17 (UPI) -- Police in California said a woman "got quite a surprise" when she discovered the "kitten" she rescued was actually a baby fox. 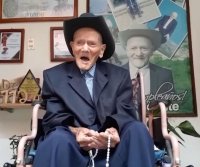 Odd News // 18 hours ago
Venezuelan man named world's oldest at the age of 112
May 17 (UPI) -- Guinness World Records announced a Venezuelan man has been dubbed the oldest person living (male) just a few days shy of his 113th birthday.
Advertisement