Oct. 10 (UPI) -- An Indiana security camera captured video of a strange chase between a man and a chicken that appears to be unusually fast.

Boaz Marbach tweeted video from the security camera at his job in Fort Wayne that shows Marbach fleeing from a chicken chasing after him with unexpected speed.

"We have a chicken at work and it loves attacking me when I let it out," Marbach said.

He said the chicken can move with surprising speed.

"I swear it's faster than it looks," he tweeted. 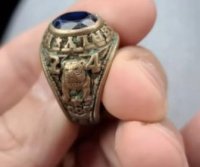 Odd News // 3 hours ago
Escaped kangaroo captured after two days on the loose in Alabama
March 4 (UPI) -- A kangaroo nicknamed "Jack" after escaping from its handlers in a small Alabama town was recaptured two days later, police said.

Odd News // 22 hours ago
Goodwill worker finds $5,000 left in donated jacket pocket
March 3 (UPI) -- Employees at a Goodwill store in Texas said it took weeks of searching to find $5,000 cash that was mistakenly left in the pocket of a jacket that was donated to the store. 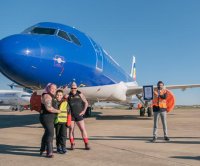 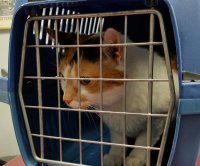