Sept. 24 (UPI) -- A Six Flags theme park in Missouri is seeking contestants for a "Coffin Challenge" that will see them closed in a coffin for 30 hours.

The park said the participants, who will be chosen from a pool of interested parties registered on the park's website, will be allowed a 6-minute bathroom break each hour and will be allowed to have a friend with them -- outside the coffin -- during park hours, but will be alone from midnight Saturday until noon Sunday.

Odd News // 5 hours ago
Woman wins $47M lottery jackpot with numbers from husband's dream
Jan. 19 (UPI) -- A Toronto woman who has used the same lottery numbers since they came to her husband in a dream 20 years ago scored a nearly $50 million jackpot with them.

Odd News // 6 hours ago
Giant 'Trump Baby' balloon acquired by the Museum of London
Jan. 19 (UPI) -- The Museum of London announced it has obtained an infamous balloon depicting outgoing U.S. President Donald Trump as a diaper-wearing baby for a protest-themed collection. 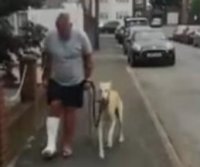 Odd News // 8 hours ago
Man spends $400 to find out limping dog was imitating owner
Jan. 19 (UPI) -- A British man said he spent about $400 to have a veterinarian examine his dog's limp, but it turned out the canine was just imitating his owner, who had a broken ankle.

Odd News // 8 hours ago
Stranded dog rescued from icy pond in Colorado
Jan. 19 (UPI) -- Firefighters in Colorado rescued a dog wandered that wandered onto the ice at a frozen pond and fell into the frigid water below. 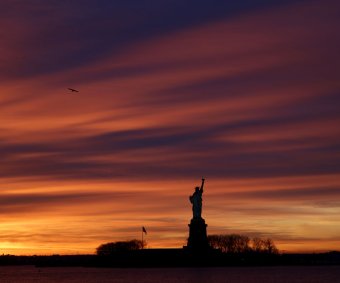