Aug. 29 (UPI) -- Police in South Dakota said a crash involving two semi trucks created a meaty mess when one of the vehicles spilled its load of beef roasts.

Troopers said the truck hauling more than 31,000 pounds of beef roasts collided with a semi hauling paper products when the second truck pulled onto the highway from a side street.

Photos from the scene show the load of beef spilled out onto the ground next to the road.

The driver of the semi hauling the beef was taken to a hospital with minor injuries, while the other driver was not injured.

The highway patrol said the state's attorney is looking into whether any charges will be filed in the crash.

All 16 tons of beef were taken to a landfill. 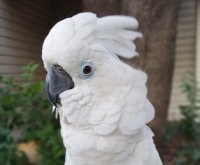