June 20 (UPI) -- Workers at a California thrift shop tracked down a man who donated his late mother's doll collection without realizing there was $36,000 cash in a box.

Ray Rhinehart said he donated his mother's doll collection to the American Cancer Society's Discovery Shop in Santa Monica after her recent death.

He said he was surprised when he received a call from the store saying an envelope full of cash had been found stashed in a box with one of the antique porcelain dolls.

An employee found the cash, which totaled $36,000, and returned the stash to Rhinehart.

A worker at the Resale Shop owned by Jewish Family Service in Richardson, Texas, made a similar discovery last year when she was going through the pockets of a black pea coat and discovered $17,500 cash. The store was able to contact the donor, a 78-year-old widow who was unaware that her husband had hidden the four envelopes of cash in his coat. 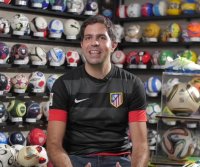 Odd News // 5 days ago
Nebraska bakery employees receive $2,000 tip
Nov. 24 (UPI) -- Employees at a Nebraska bakery said they were shocked when a customer whose order totaled only about $5 left them a $2,000 tip.

Odd News // 5 days ago
Class ring unearthed in Utah after being lost for 70 years
Nov. 23 (UPI) -- A Utah man using his metal detector in the yard of an abandoned home found a class ring that was lost 70 years earlier -- and the owner still is alive.
Advertisement