May 1 (UPI) -- A Florida woman who spotted an alligator on her way to church captured video of the reptile passing through a barbed-wire fence with no trouble.

Teasia Warner of Mulberry said she was on her way to church on Old Highway 37 South when she captured footage of an alligator near the road.

Warner's video shows the alligator running up to a barbed-wire fence and passing through the barrier without any apparent difficulty.

Experts said alligators are increasingly wandering out into public spaces due to warming temperatures and the arrival of mating season. A trapper contracted with the Florida Fish and Wildlife Conservation Commission was called to The Villages community in Sumter County to remove an 11-foot alligator from a resident's yard.

The St. Johns County Sheriffs Office said deputies responded during the weekend to a home where an alligator showed up on the front stoop and knocked on the door. 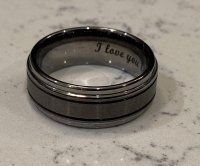