One of our @BTPSpecials managed to cuff himself to the hand rail at #ExeterCentral...

Him fumbling for his key gave us just enough time to ensure we got a quick snap 😉#CakeFine #Whoops pic.twitter.com/MylC2T61BE

March 8 (UPI) -- An officer of the British Transport Police handcuffed himself to a stair railing at the Exeter Central railway station in England.

The official Twitter account for the BTS in the Devon area posted a photo of the incident and mentioned that fellow officers took the picture while the man was "fumbling for his key."

The photo shows that the officer's handcuffs somehow got locked around the railing while his handcuffs were tucked away on the side of his pants.

"#CakeFine #Whoops," the BTP Twitter account continued in reference to how officer's in the U.K. buy cake for their colleagues after making a mistake. 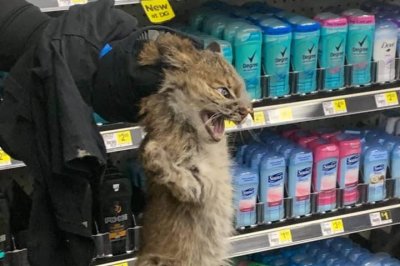