Jan. 18 (UPI) -- Police in Texas said they spent more than an hour chasing an escaped kangaroo spotting hopping at a high speed down a stretch of highway.

The Lumberton Police Department said it received multiple calls Sunday about a kangaroo hopping down Highway 69, and officers responded along with deputies from the Hardin County Sheriff's Office.

"It was just a crazy day. Thank goodness I got pictures, because no one would believe me," witness Cindy White told the Houston Chronicle. "I was driving my son's truck and had to call him and tell him that I almost hit a kangaroo. He said that would have been hard to explain to the insurance company."

Deputies and officers chased the kangaroo for more than an hour before the owner was able to shoot it with a tranquilizer dart.

The kangaroo, a pregnant female named Ruby, was safely returned to her enclosure and the owner said both the mother and her baby were unharmed by Sunday's adventure. 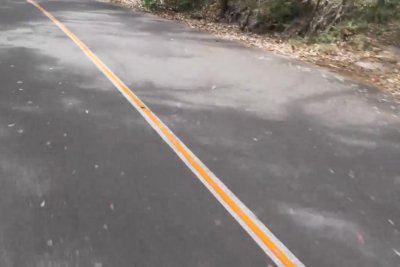