A Delaware man credited his $20,000 lottery win to taking a part-time job after retirement. File photo by jcjgphotography/Shutterstock

George Ganat, 75, who took a job at Naamans Beverage Mart in Claymont after retiring, told Delaware Lottery officials he was at work Dec. 22 when he decided to buy a Keno Ticket.

"I used the birthdays of my wife, daughter, and three granddaughters," Ganat said of the numbers he chose for his ticket.

Ganat said he was still at work when he realized he had won.

"I originally glanced and thought it was two thousand," he said.

He said his excitement grew when he realized he had made a mistake and had actually won $20,000.

"I was shocked, and really pleased," he said.

Ganat said he plans to use his winnings to pay bills and buy a car for his granddaughter. 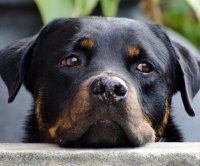