Nov. 13 (UPI) -- Emergency responders in Thailand were summoned to a vacation resort where a massive king cobra engaged in a three-hour struggle with a python.

The rescuers arrived Friday at the palm tree on the grounds of vacation resort Krabi, where a witness had reported seeing the two snakes fighting.

A video filmed at the scene shows the approximately 5-foot python coiled around the cobra's head. Witnesses said the snakes had been fighting for about three hours before the cobra apparently managed to bite and kill the python.

The video shows the rescuers working carefully to capture the 17-foot-long king cobra so it could be relocated to a habitat far away from humans.

Mongoose, cobra fight it out during golf tournament Cobra with head stuck in beer can spotted slithering on road Snake rescuer finds cobra with smaller snake stuck in its nostril 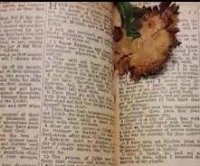