Oct. 25 (UPI) -- A mischievous squirrel caused headaches for staff at a British stadium when it bolted onto the field before a professional soccer game.

Footage posted to YouTube by spectator William Kwiatkowski shows the squirrel running wild across the pitch at Etihad Stadium in Manchester, England, before Manchester City's Carabao Cup victory over the Wolverhampton Wanderers on Tuesday.

The squirrel elicits laughter from the crowd as it dodges grounds workers attempting to corner the invading rodent.

Spectators can be heard questioning whether the pre-game spectacle would cause delays for the main match before the squirrel ran to a corner flag and was scooped up by a steward, a move that earned cheers from the spectators.

Odd News // 32 minutes ago
Gull tangled in fishing line rescued from rooftop
Dec. 1 (UPI) -- Firefighters in Britain shared photos from the rescue of a herring gull that became tangled in some fishing line that got caught on some cables on a rooftop.

Odd News // 2 hours ago
Wedding ring found five years after being lost on British beach
Dec. 1 (UPI) -- Officials in southern England said a platinum wedding ring found on an area beach was returned to its owner, who revealed the precious item had been lost five years earlier.

Odd News // 22 hours ago
Pizza with 254 kinds of cheese breaks Guinness record
Nov. 30 (UPI) -- A French chef captured a Guinness World Record by cooking up a pizza that contains 254 varieties of cheese. 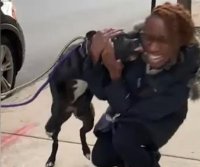 Odd News // 23 hours ago
Dog reunited with family after 11 months on the loose in Chicago
Nov. 30 (UPI) -- A dog that ran away from her owner's home was reunited with the family after spending nearly a year on the streets of Chicago.

Odd News // 1 day ago
Hawaii offers free round trips for remote workers
Nov. 30 (UPI) -- The State of Hawaii announced it is offering free round-trip tickets to Honolulu to people who work remotely and are willing to dedicate some of their time toward contributing to the community. 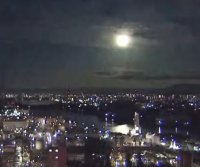