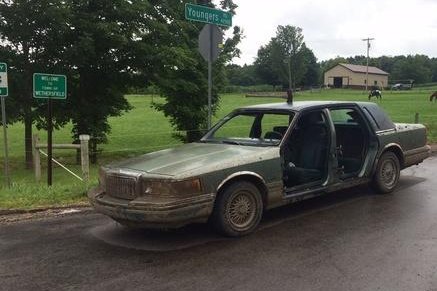 Police in New York state said they pulled over a "suspicious vehicle" that had no doors, no windshield, and an ax protruding from the roof. Photo courtesy of the Wyoming County Sheriff's Office

July 26 (UPI) -- A New York state sheriff's office said deputies pulled over a "suspicious vehicle" with no doors, no windshield, no license plates and an ax embedded in the roof.

The Wyoming County Sheriff's Office said deputies responded Monday afternoon to a report of a "suspicious vehicle" and they located the car at a nearby intersection.

Deputies noted the car had no doors, no windows, no windshield, no license plates and had an ax sticking out from the roof.

Sgt. Colin Reagan told The Daily News the driver, Jared Price, 21, "performed poorly" in a field sobriety test and was found to be "impaired by multiple different drug categories." 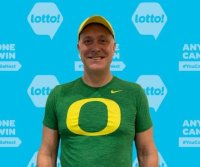