A 5-year-old in England was fined for operating a lemonade stand without a permit. File Photo by Gary C. Caskey/UPI | License Photo

July 21 (UPI) -- A father in England said his daughter was left in tears after being fined for setting up a lemonade stand.

Andre Spicer was initially excited at his 5-year-old daughter's request to sell lemonade outside their home, but said he "would have thought twice" if he were aware about the 150-pound ($194) fine that would eventually come their way.

"The lemonade quickly disappeared and her little money tin filled up. A happy scene," he wrote in the Telegraph. "And then, after about 30 minutes, four local council enforcement officers stormed up to her little table."

The officers read Spicer a legal statement explaining he would be fined for operating the lemonade stand without a trading permit and said the fine would only be 90 pounds ($116) if paid quickly.

His daughter quickly burst into tears and asked "have I done a bad thing?"

"She was very upset and had to watch Brave a few times to calm down," Spicer told The Guardian.

Spicer felt the difference between his daughter's stand and an unlicensed street trader should have been obvious and sent a tweet to the Tower Hamlets council stating he "realized there were broader issues at stake, including how society treats children."

Tower Hamlets eventually dropped the fine and a council respresentative offered Spicer and his daughter an apology.

"We are very sorry that this has happened. We expect our enforcement officers to show common sense, and to use their powers sensibly. This clearly did not happen," the representative said. "The fine will be canceled immediately and we have contacted Professor Spicer and his daughter to apologize"

Odd News // 6 hours ago
Israeli diver finds 900-year-old sword on seabed
Oct. 18 (UPI) -- The Israel Antiquities Authority said a diver off the country's northern coast found a 900-year-old sword believed to have belonged to a knight during the Crusades.

Odd News // 8 hours ago
Scottish police rescue seal with beverage can stuck over its jaw
Oct. 18 (UPI) -- A seal spotted swimming for more than a week with a Red Bull energy drink can stuck to its mouth was rescued by police in Scotland.

Odd News // 8 hours ago
Tiny crack disqualifies pumpkin thought to be largest in U.S.
Oct. 18 (UPI) -- A Wisconsin farmer grew a 2,520-pound pumpkin believed to be the heaviest grown in the country this year, but it was disqualified from competition due to a crack. 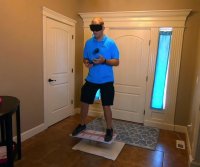 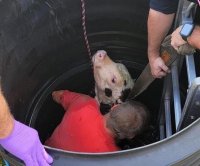