Bear breaks into home, swims in pool, gets chased by small dog

A bear and dog face off in the back yard of a Bradbury, Calif., home before the small canine chases the much larger bear around some playground equipment. Screenshot: KABC-TV

May 10 (UPI) -- A black bear broke into a California home, took a dip in a pool, and ended up being chased through a resident's yard by a small dog, witnesses said.

The bear apparently wandered down from the San Gabriel Mountains and was first spotted foraging for food in the Bradbury neighborhood, where it was trash collection day, about 1:30 p.m. Tuesday.

"At one point he was inside a home until one of the people inside the home got the bear outside," Los Angeles County Sheriff's Lt. Frank Ruiz told the Pasadena Star-News.

Nanette Gonzaga said the bear climbed her back stairs, broke in through a window screen, and she found it rummaging through her refrigerator, where it found some avocados.

The bear wandered out of the home and was chased by some sheriff's deputies before ending up in another neighbor's yard, where it had a confrontation with a resident dog.

News helicopters filmed as the bear and dog stared each other down before the canine retreated to the porch. In a fit of apparent courage, the dog jumped down from the porch and chased the bear around a small playground set in the family's yard.

Eddie Hsu, owner of the dog, named Ba Bao, applauded the canine for protecting his home.

"It's very frightening of course. We didn't expect this confrontation," he said. "I have small children. They play in the back yard every day in the afternoon."

The bear fled the yard and was next seen taking a relaxing swim in a neighbor's pool before wandering off again.

Neighbors said the bear, which is tagged, makes frequent visits to the area, but doesn't normally get up to so much mischief.

"He makes a mess of our trash bin every night," resident Mike Tavakkoli, who said the bear briefly entered his garage Tuesday and raided a refrigerator there, told KABC-TV.

"I've never seen him get into any trouble other than dumping the trash can, digging and looking for food," resident Alex Naranjo said. "He eats some of my avocados or whatever fruit he can find and that's pretty much it."

Ruiz said the California Department of Fish and Game was notified, "but they weren't going to do anything because they consider it part of the bear's habitat."

Odd News // 29 minutes ago
Husband's lottery prank foreshadows wife's jackpot win
July 13 (UPI) -- An Australian man's joke about his scratch-off lottery ticket being a top-prize winner caused him to experience disbelief when his wife scratched off an actual jackpot. 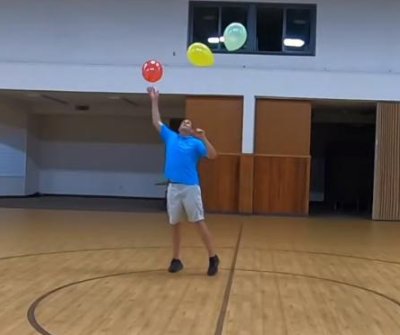 Odd News // 4 hours ago
Escaped sheep captured near Dunkin Donuts
July 13 (UPI) -- A sheep was returned to his family at a California ranch after ending several days on the loose with a trip to Dunkin Donuts. 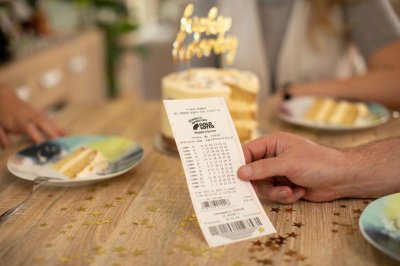