Nordstrom is selling these jeans, which come pre-covered in mud, for $425. Photo by Nordstrom.com

April 26 (UPI) -- Retailer Nordstrom is drawing criticism online for its latest foray into the world of unusual pants -- mud-caked jeans priced at $425.

The Barracuda Straight Leg Jeans from fashion company PRPS are priced at $425 on Nordstrom's website, which says the "heavily distressed" jeans "embody rugged, Americana workwear that's seen some hard-working action with a crackled, caked-on muddy coating that shows you're not afraid to get down and dirty."

A PRPS customer service representative said the muddy coating is designed not to wash out if the care instructions -- "machine wash cold, line dry" -- are followed properly.

The jeans have drawn criticism on social media as well as on Nordstrom's website.

"This is a joke, right?" a since-deleted comment on Nordstrom's site reads. "Do you also sell jeans covered in cow manure?"

"Faded jeans with holes in them used to sound like the dumbest idea of all time, so fake mud jeans will probably make billions," Twitter user @RealMikeWelch wrote.

Odd News // 14 hours ago
Venomous snake found in lettuce package from Australian store
April 14 (UPI) -- A grocery store chain said it is investigating after an Australian customer found a venomous snake inside the plastic bag with her pre-packaged lettuce. 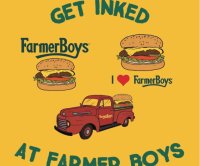 Odd News // 16 hours ago
Restaurant offers year of free burgers to customers who get tattoos
April 14 (UPI) -- A California-based restaurant chain is offering customers free burgers for a year if they get hamburger tattoos bearing the eatery's name.

Odd News // 17 hours ago
Busch beer offers $20,000 for a canine 'chief tasting officer' to sample Dog Brew
April 14 (UPI) -- The makers of Busch beer announced they are seeking a very good boy or girl to make $20,000 by serving as "chief tasting officer" for Dog Brew, a "beer" made for dogs. 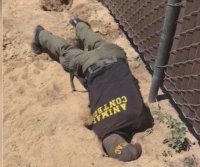