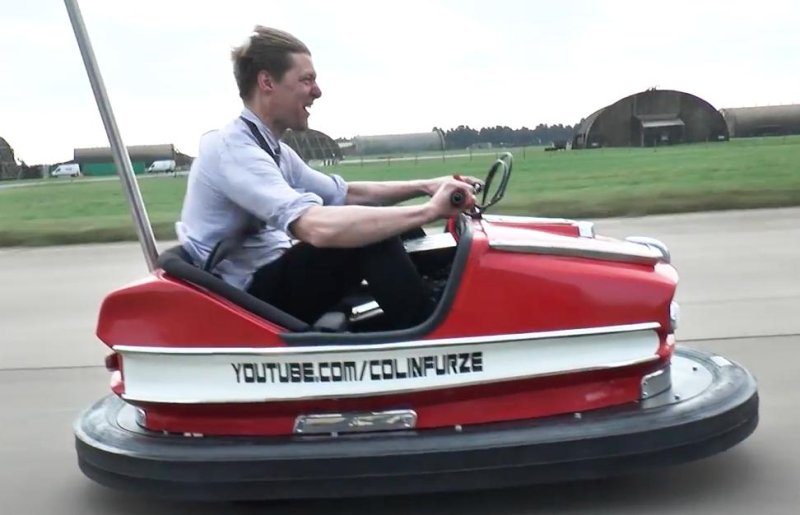 British inventor and YouTuber Colin Furze set a Guinness World Record by modifying a bumper car with a 600cc 100bhp engine, which allowed it to travel at speeds more than 100 miles per hour. Screen capture/colinfurze/YouTube

March 30 (UPI) -- British inventor and YouTuber created the world's fastest bumper car, by fitting it with a sports bike engine.

Furze placed a 600cc 100bhp engine inside the bumper car, allowing the vehicle to travel at speeds of more than 100 miles per hour.

He was tasked to modify the bumper car for the BBC's television series Top Gear after creating other extraordinary vehicles including a hover bike and the world's fastest mobility scooter.

Once the vehicle was complete Furze had Top Gear driver "The Stig" drive the car along a stretch of road in hopes of setting a Guinness World Record.

Guinness World Records Official Adjudicator Lucia Sinigagliesi was onsite to witness the attempt as The Stig piloted the vehicle in both away from and into the wind at speeds of about 103 miles per hour and 93 miles per hour, respectively.

The two trips combined to form an average speed of more than 100 miles per hour, allowing Furze to add another world record to his collection.