Biker rides motorcycle on back of moving tow truck in India 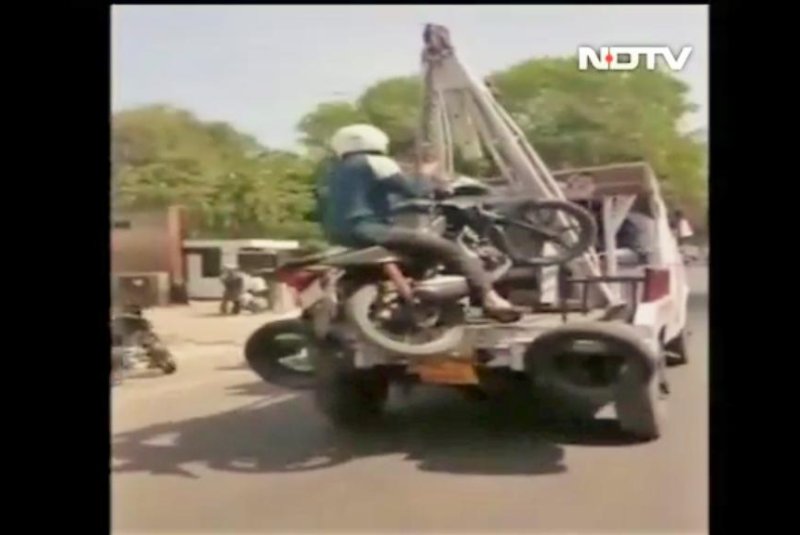 A motorcyclist holds onto his bike while it dangles behind a moving tow truck. Screenshot: NDTV/Facebook

March 10 (UPI) -- An Indian motorcyclist's spiteful stunt is going viral after he refused to get off his bike while it was being towed and ended up riding on the back of the tow truck.

The scene drew attention on the streets of Kanpur and a video that went viral on social media shows the motorcyclist still straddling his bike while it dangles behind a moving tow truck.

Traffic police said the motorcycle was towed after the rider, Mohammad Nouman, refused to pay a fee for parking in a restricted zone.

"The cops then warned him that if he will not pay the fine his motorbike would be towed away and taken to the traffic police lines. The cops chained his bike with the traffic crane and were about to tow the vehicle, Nouman jumped and sat on the bike," a traffic police spokesman told the Times of India.

Police said Nouman later apologized and paid the fine to get his motorcycle released.