A Scorpion-3 hoverbike goes for a test flight. Screenshot: Storyful

March 1 (UPI) -- A team of Russian engineers have unveiled the latest model of their "hoverbike," an airborne vehicle inspired by quadcopter drone technology.

The Hoversurf team posted a video to YouTube showing the Scorpion 3 hoverbike, which bears a stronger resemblance to a giant recreational drone than it does to a bicycle.

The team said the hoverbike could have applications in extreme sports as well as transportation.

They said there are plans to use the Scorpion platform to build flying cars, taxis and cargo transport vehicles.

Odd News // 6 hours ago
Woman finds snake slithering under vacuum in her cupboard
Feb. 24 (UPI) -- A London woman looking for a pair of shoes in a cupboard inside her apartment found something far more startling -- a snake.

Odd News // 9 hours ago
Bayou explorer ends up trapped in Houston sewer
Feb. 24 (UPI) -- Firefighters in Houston shared photos from the rescue of a man who went exploring in the bayou and ended up trapped in the city's sewer. 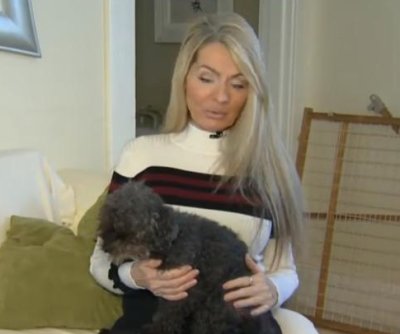