'Fireball' streaking over New Zealand was airplane lit by the sun, experts say

This "fireball" in the sky over Tasmania was actually a plane lit by the rising sun, experts said. Screenshot: Storyful

Feb. 28 (UPI) -- A mystery "fireball" that sparked rumors of UFOs when it was spotted streaking across the sky over Australia was actually just an airplane, experts said.

The object, which appeared to be engulfed in flames, sparked numerous rumors and theories early Tuesday morning when it was seen in the sky over Hobart, Tasmania, and witnesses reported it appeared to be moving too slowly to be a meteor.

A particularly clear video of the object posted to Facebook by Lee-Anne Peters helped experts determine the object's actual identity -- a plane that appeared to be on fire due to the early morning sun's rays reflecting off the water vapor released by the aircraft.

Chris Arkle, an astronomer at the Launceston Planetarium, said he was confident of the object's identity.

"Apparently some international flights to and from New Zealand use Hobart as a way point," he told the Australian Broadcasting Corp. "The length of time that the object was visible for and its apparent speed both support this hypothesis. If the object was a fireball meteor it would be traveling much faster and generally not be visible for such an extended period."

The time the object was sighted corresponds with the flight of an Emirates plane en route to Auckland from Dubai.

Odd News // 9 hours ago
Stanford researchers' PigeonBot provides insight into mechanics of bird wings
Jan. 16 (UPI) -- A team of scientists at Stanford University created a robot from pigeon feathers to better understand the mechanics of how birds fly.

Odd News // 16 hours ago
Vancouver university's snowball fight snowed out, rescheduled
Jan. 16 (UPI) -- The University of British Columbia in Vancouver had to cancel its annual snowball fight Wednesday because of too much snow, but the event was rescheduled to Thursday.

Odd News // 17 hours ago
A bar made out of 1 million legos will come to Orlando in March
Jan. 16 (UPI) -- Adults who loved legos can enjoy childhood nostalgia as the Pop-Up Brick Bar, consisting of over 1 million Legos, comes to Orlando on March 20 to 21.

Odd News // 19 hours ago
Security camera reveals cat burglar was an actual cat
Jan. 16 (UPI) -- A New Zealand family whose home was repeatedly targeted by a burglar who stole only fish food set up a security camera and identified the culprit: a neighborhood cat. 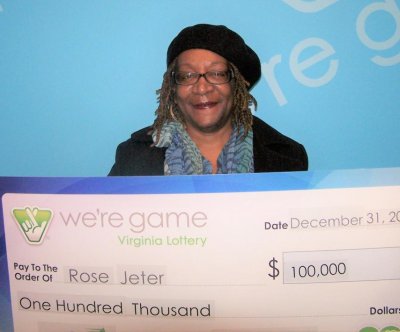 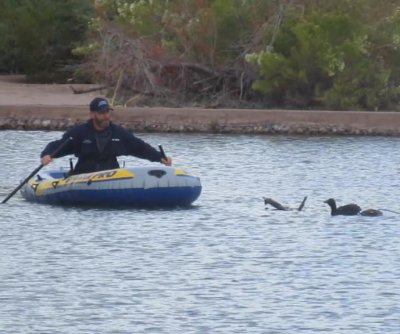 Odd News // 1 day ago
Arizona man uses inflatable raft to rescue entangled duck
Jan. 15 (UPI) -- An animal rescuer in Arizona ventured out into a pond in an inflatable boat to rescue a duck spotted struggling with some fishing wire and driftwood.