French artist Abraham Poincheval will spend a week in a hole carved into the shape of his body inside a 12-ton limestone boulder at the Palais de Tokyo modern art museum in Paris. When he emerges he plans to use his body heat to sit on a dozen eggs until they hatch. Christophe Petit Tesson/EPA

Feb. 22 (UPI) -- French artist Abraham Poincheval plans to seal himself in a limestone boulder for one week to "find out what the world is."

Poincheval will spend a week stuffed into a hole matching the shape of his body inside the 12-ton boulder at the Palais de Tokyo modern art museum in Paris.

He described the performance, titled "Stone," as "an inner journey to find out what the world is."

The boulder contains air holes that will allow Poincheval to breath, as well as a space to hold a supply of water, soup and dried meat. Cables will also be placed through the stone to monitor his heart and provide him an emergency video feed.

"The purpose is to feel the aging stone inside the rock," he said. "There is my own breathing, and then the rock which lives, still humid because it was extracted not so long ago from the quarry. So there is that flow, that coming and going, between myself and the stone."

When he emerges from the boulder Poincheval will begin a second performance, titled "Egg," in which he will sit on a dozen eggs for four weeks until they hatch.

The artist, who previously spent two weeks inside of a stuffed bear, said once the eggs hatch the chicks "will go and live with my parents." 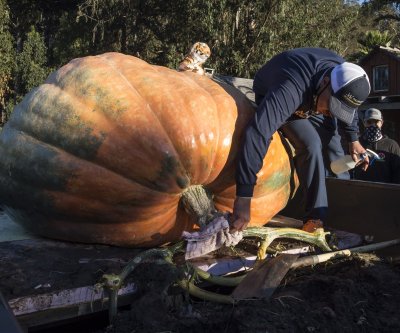 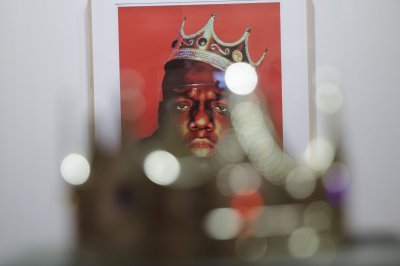