An elephant at an Indian sanctuary sports a colorful sweater. Screenshot: ABC News

Wildlife SOS said three of the elephants at its Elephant Conservation and Care Center in Mathura were fitted with the large, colorful sweaters to help them stay warm during recent cold weather.

The center said many of its 20 rescued elephants are healing from injuries sustained before they were rescued.

"Rescued from illegal captivity, trafficking mafia, exploited for street begging and circuses where they were abused and subjected to extreme cruelty and decades of suffering, each of these gentle giants have had tragic pasts," Wildlife SOS told ABC News. "These majestic creatures are adjusting to a life of dignity, freedom and peace, in a place where they can spend their days happily, with frequent baths, a nutritious diet, and good veterinary care."

Kartick Satyanarayan, co-founder and CEO of Wildlife SOS, said the winter has been colder than usual, putting the elderly and ailing elephants at extra risk.

"It is important to keep our elephants protected from the bitter cold during this extreme winter, as they are weak and vulnerable having suffered so much abuse making them susceptible to ailments such as pneumonia. The cold also aggravates their arthritis which is a common issue that our rescued elephants have to deal with," Satyanarayan told the Times of India.

Satyanarayan said it took about four weeks for the volunteers to knit each jumbo sweater. 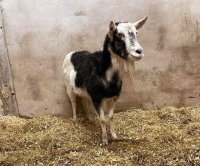 Odd News // 53 minutes ago
'Agile' goat gives police 'a run for their money' in Ireland
Jan. 20 (UPI) -- Police in Ireland said they are trying to find the owner of a loose goat that led officers on a chase after being seen running loose on a road.

Odd News // 3 hours ago
Police arrest 'Elsa' as prime suspect behind winter storm
After a snowstorm froze over the eastern portion of the United States, South Carolina police released bodycam footage showing the arrest of a well-known ice queen -- Elsa from Disney's "Frozen."

Odd News // 19 hours ago
North Carolina man's family of pranksters didn't believe his lottery win
Jan. 19 (UPI) -- A North Carolina man said his family's tendency for pranking each other made it difficult to convince them he had won a $250,000 lottery prize. 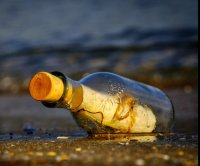 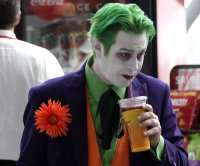 Odd News // 20 hours ago
Alert system mistake warns Missouri residents Joker is on the loose
Jan. 19 (UPI) -- The Missouri State Highway Patrol is reassuring the public that Batman villain Joker is not on the loose after a staff member sent an emergency alert mobile devices. 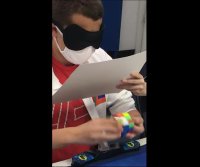 Odd News // 23 hours ago
Teenager breaks his own blindfolded puzzle cube speed record
Jan. 19 (UPI) -- A teenager participating in a Florida competition broke his own Guinness World Record for fastest time to solve a rotating puzzle cube while blindfolded.
Advertisement