Cat rescued from frozen highway after going missing for 15 months 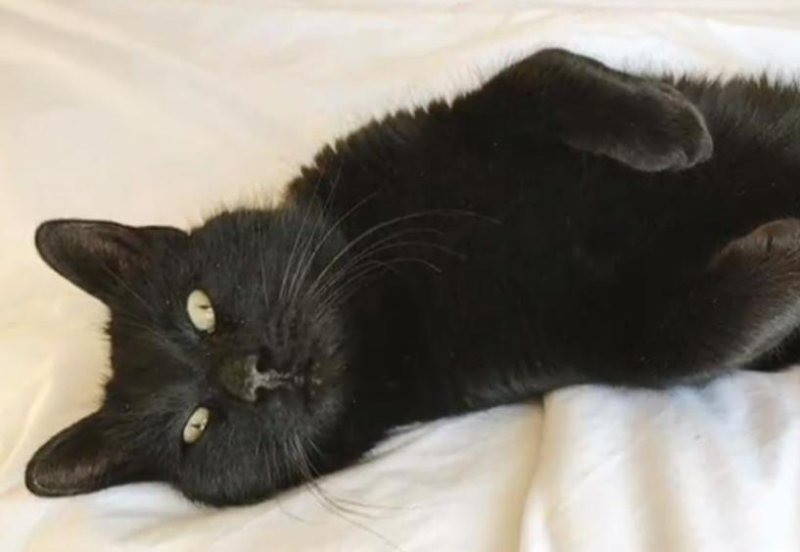 A cat was rescued from the side of a freezing road in Minnesota after disappearing from his 15 months prior. Char Gruber discovered Freddie on the side of the road and employed the help of her friends Carolyn Kristine and Anne Cieko to help find his owner. Screen capture/KMSP

BURNSVILLE , Minn., Jan. 10 (UPI) -- A cat in Minnesota was rescued on the side of a freezing highway after going missing from its home for 15 months.

Char Gruber found Freddie the cat sitting along a local interstate between a river, freeway and a wetland with "nowhere to go," according to KARE.

"He lifted one cold paw, then the other," Gruber said. "I went up to him and he dove into a 25' long drainage pipe and was living under the off ramp."

Gruber posted a photo of Freddie to Facebook and contacted her friend Carolyn Kristine, a volunteer trapper who had rescued 100 cats in 2016, to safe the freezing feline.

"We were hauling that trap down that steep embankment. It was snowy. We basically slid down the embankment," Gruber told KMSP. "Bringing that trap with the 10-pound cat back up was the fun part."

Gruber and Kristine reached out to their friend Anne Cieko, who took Freddie to an animal shelter for the night.

"I put him in a wire dog kennel for the night, with food, water and a heated kitty bed. He was friendly right away. Just cold, hungry, and very thirsty," Cieko said.

While at the shelter Cieko found out Freddie had been microchipped and went missing from his home in Minneapolis around Sept. 20, 2015.

She then contacted his owner, Justin Frey, who was ecstatic to have Freddy back and thankful to the women who helped bring him hope.

"If it weren't for these three, and microchipping, Freddie would not be home today. He saw the vet this morning and the vet had no major concerns," Frey said. "He is a good weight with a pretty healthy coat. Freddie jumped right onto my bed last night as if nothing had changed, and remains there this morning basking in the winter sun. Thanks again to Char, Anne and Carolyn! My heart is full today."

Odd News // 23 hours ago
Packers' Aaron Rodgers explains reason for long hair, cites 'hero'
Sept. 23 (UPI) -- Green Bay Packers quarterback Aaron Rodgers has a specific reason for his rugged appearance this NFL season, which includes long hair and an unshaven face. He plans to dress up like one of his "heroes" for Halloween.