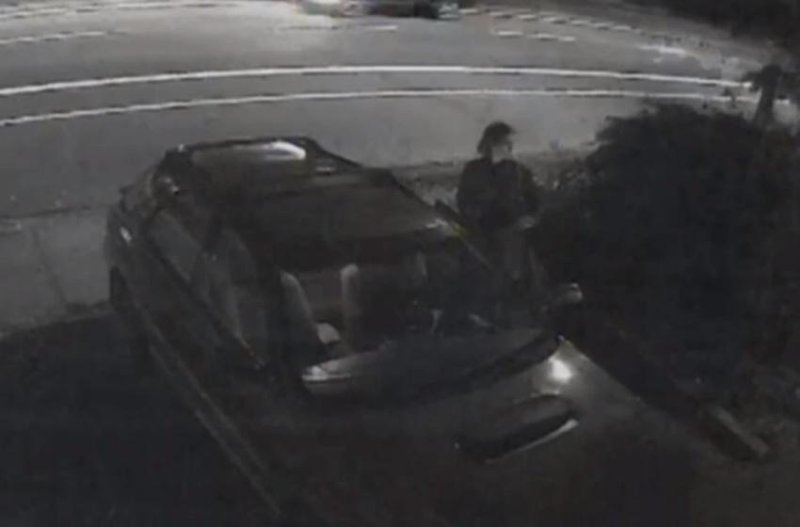 An Oregon woman had her stolen Subaru returned along with a strange explanation note and some gas money. Erin Hatzi reported the theft to police after surveillance footage showed a woman calmly entering her car and driving away. The woman later returned the car, explaining she had been sent to pick up her friend's car and accidentally took Hatzi's. Screen capture/Erin Hatzi/WPXI/Inform Inc.

PORTLAND, Ore., Oct. 27 (UPI) -- An Oregon woman's car was "accidentally" stolen and later returned with an explanation note and some gas money.

Erin Hatzi shared surveillance footage from outside of her home as a woman entered her red Subaru Impreza on Tuesday night before driving off.

"We were really confused because it didn't seem like the normal actions of a car thief," Hatzi told KGW. "You wouldn't think they'd sit there in idle in the owner's driveway for two or three minutes."

Hatzi and her husband reported the strange theft to police when, just a day later the situation became even more bizarre.

Police stopped a woman attempting to return the car outside of Hatzi's home as her husband was taking out the garbage.

The woman said she had been sent to the neighborhood to pick up her friend's car and accidentally took Hatzi's vehicle instead, as she explained in a note left inside the vehicle along with some gas money.

"Hello, So sorry I stole your car. I sent my friend with my key to pick up my red subaru at 7802 SE Woodstock and she came back with your car," the note read. "I did not see the car until this morning and I said, 'That is not my car.' There is some cash for gas and I more than apologize for the shock and upset this must have caused you. If you need to speak further, with me, I am ******* and my number is .......... So so sorry for this mistake."

She and her husband told The Oregonian they will look back fondly on the bizarre incident and laugh.

"I'm not entirely sure where the car spent the evening but it came back with a nice note and a weird story," she said. "My car had a little adventure."