A New York dad penned a sarcastic response to his son's permission slip requiring his signature for the boy to be allowed to read Ray Bradbury's novel Fahrenheit 451 in school. Photo by Valkr/Shutterstock

NEW YORK, Oct. 27 (UPI) -- A New York dad shared the sarcastic note he authored in response to his son having to obtain a permission slip to read anti-censorship novel Fahrenheit 451.

Daniel Radosh, a Brooklyn father and senior writer at Comedy Central's The Daily Show with Trevor Noah, tweeted a photo of the permission slip his son, Milo, wrote at school and brought home for him to sign.

Milo's note states he must obtain his parents' permission to read Ray Bradbury's Fahrenheit 451, which the note describes as being "set in a dystopian future where books are highly illegal, and it's the main character's job to burn them."

The slip explained why Milo needed his parents to sign off before he could read the novel in class.

"The book was challenged because of its theme of the illegality and censorship of books. One book people got most angry about was the burning of the Bible. Secondly, there is a large amount of cursing and profanity in the book," the boy wrote.

Radosh found the fact that the anti-censorship book was "challenged" to be ironic and authored a note in response to the school.

"I love this letter! What a wonderful way to introduce students to the theme of Fahrenheit 451 that books are so dangerous that the institutions of society -- schools and parents -- might be willing to team up against children to prevent them from reading one. It's easy enough to read the book and say, 'This is crazy. It could never really happen,' but pretending to present students at the start with what seems like a totally reasonable 'first step' is a really immersive way to teach them how insidious censorship can be. I'm sire that when the book club is cover and the students realize the true intent of this letter they'll be shocked at how many of them accepted it as an actual permission slip. In addition, Milo's concern that allowing me to add this note will make him stand out as a troublemaker really brings home why most of the characters find it easier to accept the world they live in rather than challenge it. I assured him that his teacher would have his back."

Some Twitter users suggested the permission slip may have indeed been a part of the lesson, but Radosh expressed doubt.

"I think it was real but I certainly hope that my imagined interpretation of teacher's intent was in fact her actual intent," he tweeted.

tfw your kid's school makes you sign a permission slip so he can read Fahrenheit 451 📚 🔥 pic.twitter.com/t9lmD8vKTu

Odd News // 8 hours ago
Mystery animal that might be a dog escapes from Pennsylvania rescue
Jan. 27 (UPI) -- A mystery animal that experts said could be either a dog or a coyote escaped from a wildlife group's facility about a week after being rescued from the cold.

Odd News // 11 hours ago
Florida teacher has snowman mailed to class from Kentucky
Jan. 27 (UPI) -- A Florida teacher who discovered most of her students had never seen snow gave them an unusual surprise by having her sister mail the class a snowman. 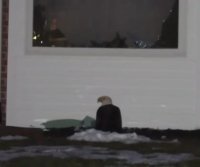