A playing card thrown by Zhou Chaofeng breaks open a can of beer. Screenshot: Newsflare

Zhou Chaofeng, a Kung Fu practitioner who has been practicing card throwing for 11 years, showed off his skills last month with a demonstration in Mianyang, Sichuan Province.

Chaofeng's last beer can slice creates a stream of liquid that flies in an arc over his head. 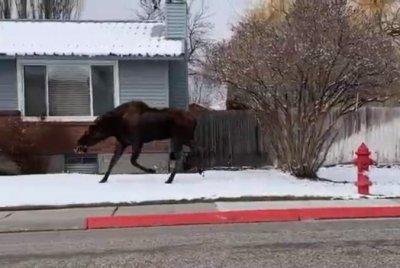