Rat attempts to escape up the down escalator at Philippines mall 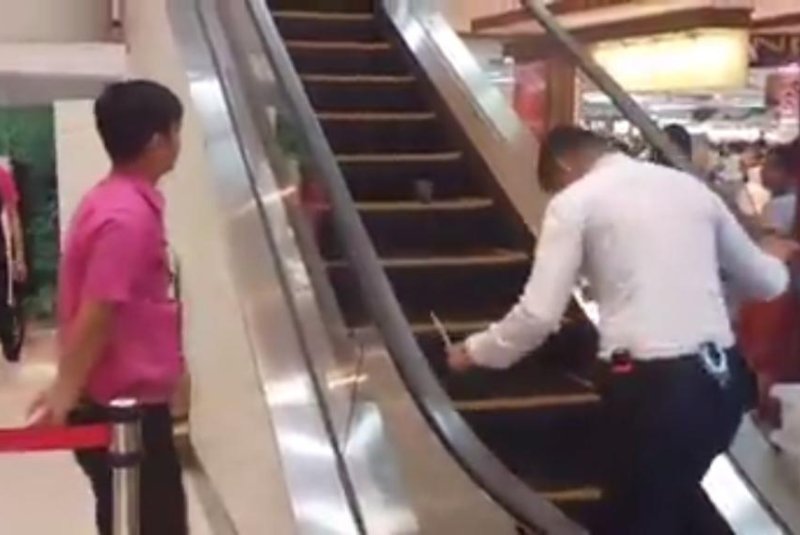 A security guard chases a rat up the down escalator at the TriNoma mall in the Philippines. Screenshot: Kru Bryan/Facebook

QUEZON CITY, Philippines, Aug. 15 (UPI) -- A visitor to a mall in the Philippines captured video of a rat having its attempt to reach the second floor foiled by a misunderstanding of escalator physics.

The video, posted to Facebook by user Kru Bryan, shows the rat running up the down escalator at the TriNoma mall in Quezon City.

The rat makes slow progress up the downward-moving stairs as a shopping center security guard watches it from the bottom.

The man starts to follow the rat up the down escalator before giving up the attempt and simply waiting for the rodent at the bottom.

It was unclear whether the rat eventually made it to the top or ended up in the clutches of the security guard.

"This rat knows how to exercise," Bryan wrote.

Odd News // 16 hours ago
Packers' Aaron Rodgers explains reason for long hair, cites 'hero'
Sept. 23 (UPI) -- Green Bay Packers quarterback Aaron Rodgers has a specific reason for his rugged appearance this NFL season, which includes long hair and an unshaven face. He plans to dress up like one of his "heroes" for Halloween.