Lemur attacks Florida woman outside of her home 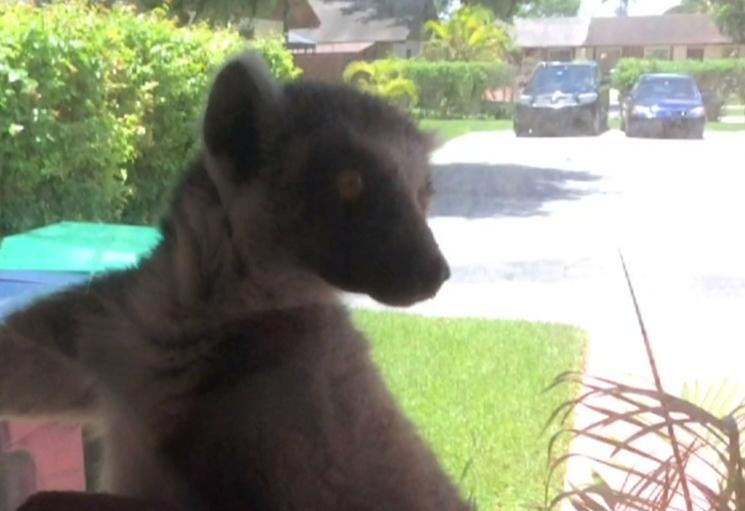 A lemur, which potentially escaped from a nearby home, attacked a 21-year-old woman in Florida as she was leaving her home. Victoria Valledor suffered several injuries after she was repeatedly bitten by the lemur, Florida Fish and Wildlife Conservation Commission officials said residents in the areas are allowed to keep the animals as pets and the incident is being investigated. Screen capture/CBS Miami/Inform Inc.

MIAMI, July 19 (UPI) -- A Florida woman sustained several injuries when she was attacked by a lemur while walking out of her home on Tuesday.

CBS Miami reported that 21-year-old Victoria Valledor was jumped on and bitten by the lemur as she attempted to leave her home.

Valledor's grandmother tried to distract the lemur with a banana, but it ultimately returned to attack her a second time.

The Florida Fish and Wildlife Conservation Commission and Miami-Dade Fire Rescue assisted in the rescue.

"Through tricks and practice and a lot of training they were able to coax it to a kennel and they removed the lemur from the scene," Lorenzo Veloz of the FWC said.

People in the area are permitted to keep lemurs as pets, so officials have begun investigating the situation.

A ring-tailed lemur was relocated to the Sacramento Zoo in February after it was discovered in a California resident's backyard.

Odd News // 12 hours ago
Bear scales barbed-wire fence at Air Force base in Florida
Aug. 12 (UPI) -- A bear was caught on camera scaling the barbed-wire security fence at a Florida Air Force Base -- and the bruin's climb took only 34 seconds.

Odd News // 14 hours ago
Mortar and pestle sculpture whets appetites for art in Houston
Aug. 12 (UPI) -- A new sculpture in Houston is capturing the attention of hungry art lovers with its unusual subject: a giant mortar and pestle filled with guacamole.

Odd News // 14 hours ago
Dog and owner rescued from roof of public bathroom in Australia
Aug. 12 (UPI) -- Emergency responders in Australia came to the rescue of a German shepherd that became stuck on the roof of a public bathroom -- and its owner became trapped trying to rescue it.

Odd News // 16 hours ago
Mystery ram gets temporary home with fire department's goats
Aug. 12 (UPI) -- A Washington state fire department rounded up a loose ram and the animal is being kept at the station until the owner can be found.

French freediver breaks world record at a depth of 393.7 feet