Man allows friend's alligator to bite him on the nipple 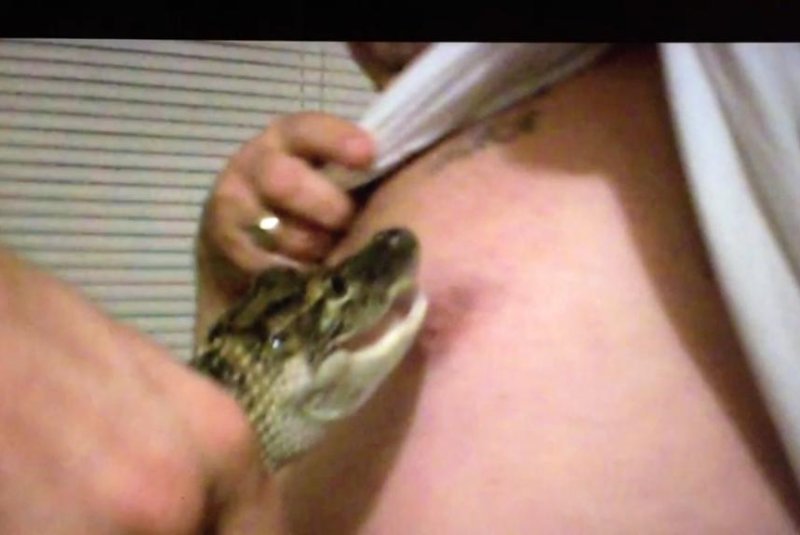 Warning: Don't try this at home (or at anyone else's home, for that matter). Screenshot: Newsflare

The video, filmed June 1, shows a drunken man at a friend's house in Union, N.Y., exposing his chest for the baby alligator to nibble on his nipple.

The small reptile briefly clamps down on the nipple, causing the man to cry out in pain and then laugh.

"A friend had stopped by the house who had been drinking and thought it would be funny to have my pet alligator bite his tongue then nipple, which I happened to video," the filmer wrote.

Odd News // 6 hours ago
Family's scenic route home from vacation leads to $777,777 lottery prize
April 16 (UPI) -- A Virginia family said taking the scenic road home from their vacation led them to the store where they bought a lottery ticket and won a $777,777 jackpot.

Odd News // 10 hours ago
Soccer ball floats from Ireland to Wales, owner identified
April 16 (UPI) -- A Welsh family found a soccer ball washed up on the beach near their home and used Facebook to find the owner, who lost the ball in Ireland.