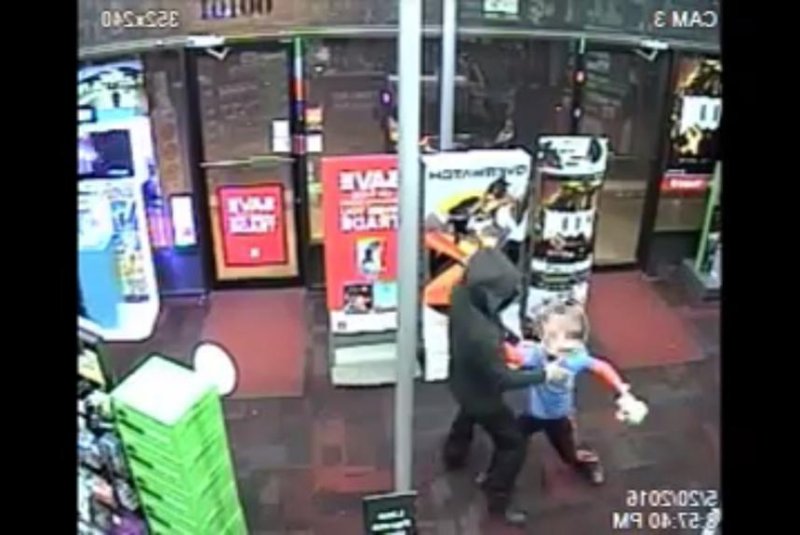 The hero that Game Stop deserves faces off against an armed robber in Silver Spring, Md. Screenshot: mcpdmedia/YouTube

The Montgomery County Police Department posted a video to YouTube showing the security camera footage from a May 20 armed robbery at the Game Stop store in Silver Spring.

The video shows two masked men armed with guns barging into the store and ordering customers to move to the wall by the counter, where the two clerks are standing.

One of the robbers passes by a 7-year-old customer, who doesn't hesitate to jump at the suspect and start throwing punches.

The robber drags the boy behind the counter before the two men stole money and personal belongings from the store and its occupants.

No one was reported injured during the incident.

"It was scary," the boy's father told WRC-TV. "You're never prepared for something like that.  You're not. So, you don't wish it on your worst enemy."

Police are working to identify the suspects.

Odd News // 21 hours ago
Overdue book headed back to California library after 70 years
June 18 (UPI) -- An overdue book is on its way back to a California after being found by a man whose mother failed to return it by the June 2, 1950, due date.