Baltimore TV station bomb threat turns out to be candy

A man in a panda suit walked into a Baltimore TV station claiming he had a bomb strapped to his chest. Police shot him as he left the building for refusing to take his hands out of his pockets as he walked toward police. The bomb turned out to be made of chocolate bars. The man is recovering. Screen grab: WJZ TV

BALTIMORE, April 28 (UPI) -- A man dressed in a panda suit claiming to have a bomb threatened a Baltimore TV station for about 90 minutes until he was shot by police as he walked out on to the street.

The unidentified man, 25, is expected to recover. No one else was hurt in the incident.

The bomb that appeared to be strapped to his chest was actually a flotation vest with chocolate bars and a motherboard wrapped in wires, with wires running down the sleeve to another device designed to look like a detonator.

The incident began about 1:20 p.m. as the man entered the lobby of FOX-TV affiliate Fox 45.

"He pretty much said he had a bomb on him and that he ... had a message that he needed to be heard," said security guard Jourel Apostolidies.

"He talked to me and was wearing what appears to be a full body white panda suit, surgical mask and sunglasses." WBFF news director Mike Tomko told reporters.

"He had a flash drive, said he had information he wanted to get on the air. He compared it to the information found in the Panama Papers," Tomko said. "I told him, 'I can't let you in, you're going to have to leave the flash drive here and slide it through the opening.' He wouldn't do that. Apparently he had made some threats before."

The man barricaded himself in the lobby as a police SWAT team tried to negotiate with him, Baltimore police spokesman T.J. Smith said.

The man walked out of the station shortly after 3 p.m. refusing to take his hands out of his pockets. As he walked down the street toward police he would not cooperate with police and was shot at least three times, Smith said.

"When he walked out on the street, he posed a threat to the community," Smith said. "We were trying to get him to show us his hands." 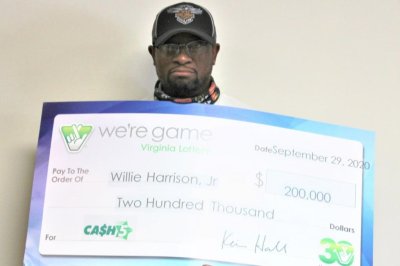