WINTHROP, Wash., April 26 (UPI) -- A Washington man is set to travel more than 2,000 miles by horseback in order to attend his 50th high school reunion.

Vern Herrst, 66, decided to take his horse Nikki and a pack horse on a 2,200 mile journey he's dubbed "2016 Great Northern Horse Adventure" from Winthrop to his hometown of Howell, Mich.

The lengthy trip is an opportunity for Herrst to both challenge himself and raise money for cancer research after he was diagnosed with myeloproliferative disorder in 2012.

He plans to raise $1 per mile for the Washington/Alaska chapter of the Leukemia & Lymphoma Society as he travels through five states including Idaho, Montana, North Dakota, Minnesota and Wisconsin.

"They were great to me, and I wanted to do something for them," he told Livingston Daily.

Herrst plans to ride along U.S. Highway 2 and travel 20-25 miles a day in order to reach Howell by August when the reunion is scheduled. He also intends to spend the night at various mountains, plains, and farmlands along the way.

"I'll just find a place to roll out a sleeping bag or put up a pup tent if it's raining," he said. "I never was one for hotels anyway."

He also sent letters to postmasters in more than 100 towns along his path to ask for advice on local resources such as hay and grain, as well as medical supplies for both the horses and himself.

"I tried to think of every scenario," he said. 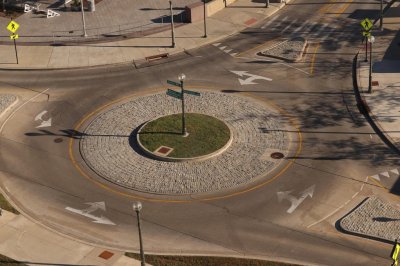