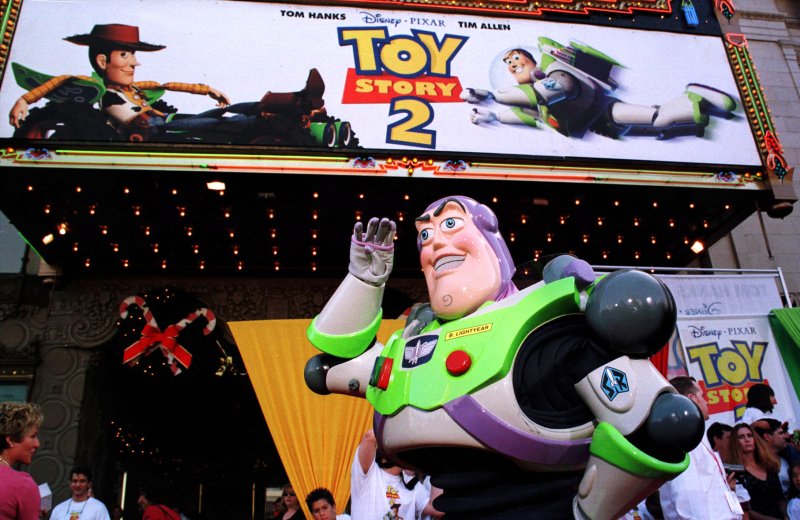 A British man won the right to have his name appear as "Buzz Lightyear" on his driver's license after changing it to raise money for charity. The man, formerly known as Sam Stephens, said the appeal process took more than a year and was held up due to concerns about the license being used as identification abroad. Photo by Sinartus Sosrodjojo/UPI | License Photo

DEVON , England, April 14 (UPI) -- A UK man won the right to have the name of a Disney character appear on his driver's license after legally changing his name for charity.

The 26-year-old from Devon said he checked with the DVLA when he decided to change his name and was told it would be approved to appear on his license.

"I was disappointed when I submitted my application and they said I couldn't have a license in that name," Lightyear said. "I had two appeal letters turned down and no one was listening to me so it feels like a victory for me for taking on this big company."

Lightyear said his appeals were originally denied because using the name of a fictional character could cause complications while traveling abroad.

A spokesman for the DVLA told the BBC that a range of evidence was needed before the change could be allowed.

"We recognize people may choose to change their name for many reasons. The driving license is an important official document which is used both here and abroad," they said. "That is why we look for a range of evidence to support the application before we update our records."

Lightyear said he chose to change his name not only out of love for the character, but also to keep people interested in his fundraising.

"I didn't want people donating money and then forgetting about it -- I wanted to raise as much awareness as possible for CLIC Sargent," he said.

Odd News // 9 hours ago
Lottery player's lucky numbers pay off after nearly 40 years
June 1 (UPI) -- An Australian man who won a lottery jackpot of more than $300,000 said he had been entering drawings with the same set of numbers for nearly 40 years.

Odd News // 17 hours ago
Lost dog tags returned to veteran after 60 years
June 1 (UPI) -- A Montana boy found a set of dog tags and sergeant's stripes buried in the yard at his home, and his family was able to return them to their 84-year-old owner more than 60 years after he last saw them.