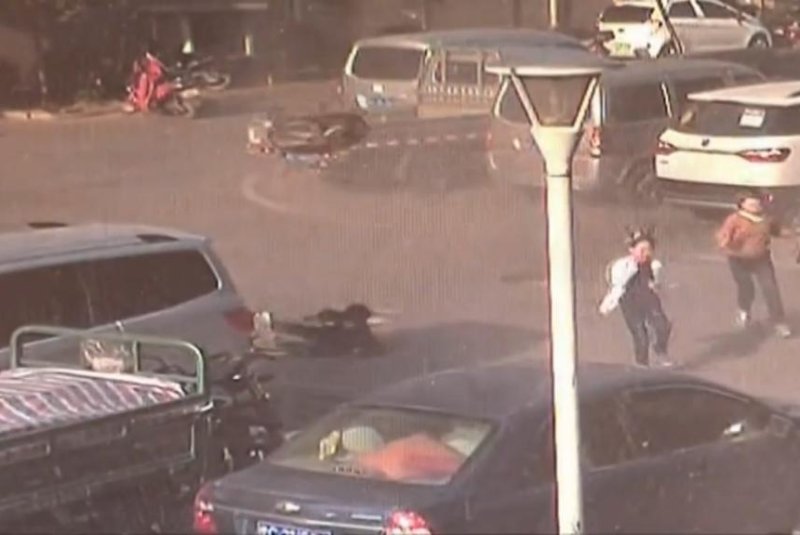 Manhole covers are blasted into the air after a boy dropped a lit match into the sewer. Screenshot: Newsflare

LUOYANG, China, April 5 (UPI) -- A young boy in China learned a lesson about dropping matches into the sewer when a resulting explosion launched two manhole covers into the air.

The boy reportedly dropped a lit match into the sewer just before the blast.

The boy suffered a minor injury to his leg from the force of the blast.

Squirrel knocks out power to 3,000 in downtown Asheville, N.C.