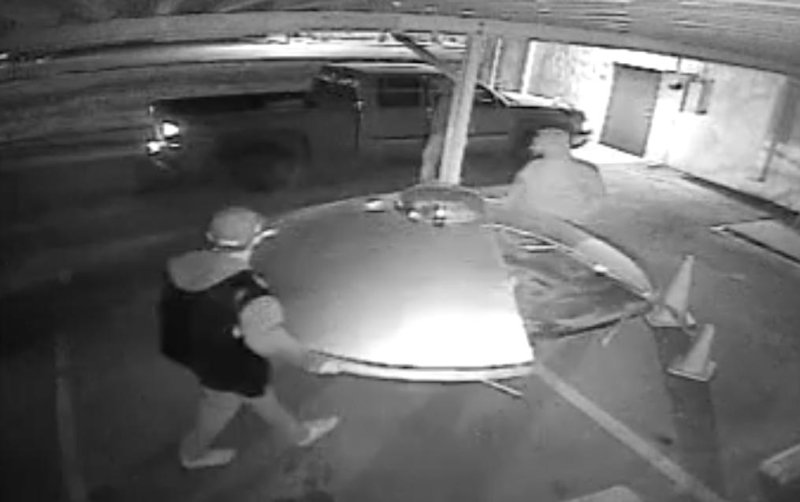 A teen was arrested in the theft of a model flying saucer stolen from the International UFO Museum & Research Center. The boy was one of three suspects in the theft and police are still searching for the other two. The flying saucer was found in pieces two miles outside of Roswell, but the boy would not reveal details about the motive according to police. Screen capture/Roswell Police Department, RPD/Facebook

ROSWELL, N.M., March 29 (UPI) -- Police in New Mexico were able to track down one of the suspects involved in the theft of a model flying saucer from a Roswell museum.

Roswell police shared surveillance video of the UFO theft, as they announced that a 17-year-old boy was arrested at his home in South Roswell on Saturday in connection with the theft.

"On Saturday morning, we arrested a 17-year-old boy who was one of the three suspects in the theft of the spaceship," Roswell Police spokesman Todd Wildermuth told KRQE.

Three men were seen stealing the flying saucer, which was later found in pieces two miles outside of Roswell, from the International UFO Museum & Research Center as it was being stored for repair.

Police said the teen would not reveal any details about the motive for the theft and are still seeking the other two suspects.

"If people have information about that, we want them to call so we can go after these other two as well," Wildermuth said.