The International UFO Museum & Research Center is looking to replace the decorative flying saucer that was once embedded on the side of the museum after finding the original model in pieces. Surveillance footage showed that three men had stolen the flying saucer and loaded it into the back of their truck on Saturday. Photo by International UFO Museum & Research Center/Facebook

ROSWELL, N.M., March 24 (UPI) -- Police in New Mexico found the broken pieces of a model flying saucer that had been stolen from a local museum.

International UFO Museum & Research Center shared a photo of the broken pieces of the flying saucer that had previously been used as a decoration outside the museum's building.

"Police found this wreckage of the missing flying saucer stolen last Saturday from the International UFO Museum & Research Center in Roswell," they wrote.

The broken pieces were found two miles outside Roswell according to the New Mexico Department of Transportation, who sent the museum the photo.

"We're sad, we thought maybe we would get it back in one piece but doesn't look like it; its in several pieces," interim museum director Karen Jarmaillio told KRQE.

Surveillance footage from the museum showed three men loading the flying saucer into their red truck, before driving off with it.

The saucer had been part of the museum since 1992 and had just been repaired after being damaged by a snowstorm in December.

The museum plans to replace the flying saucer with a new one, although no details about style and cost have been discussed. 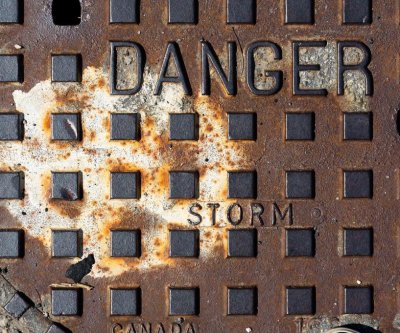