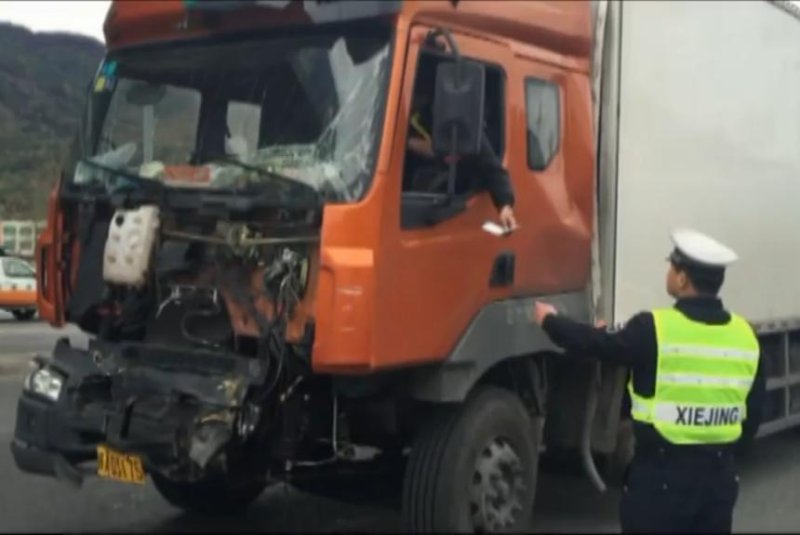 A severely damaged truck seen driving on a stretch of highway in China was pulled over and the driver was issued a fine. Screenshot: Newsflare

HANGZHOU, China, March 21 (UPI) -- A severely-damaged semi truck continued to carry its load of seafood down a stretch of Chinese highway until it was stopped by police.

Footage filmed March 9 in Hangzhou shows a traffic police officer directing the truck to the side of the road at a checkpoint.

The truck, which appears to have been in a recent collision, was found to heave a broken windshield, a busted headlight, two missing tires and severe damage to the cabin.

Police said the driver of the truck, which was hauling a load of seafood from Shantou to Hangzhou, was fined about $30.