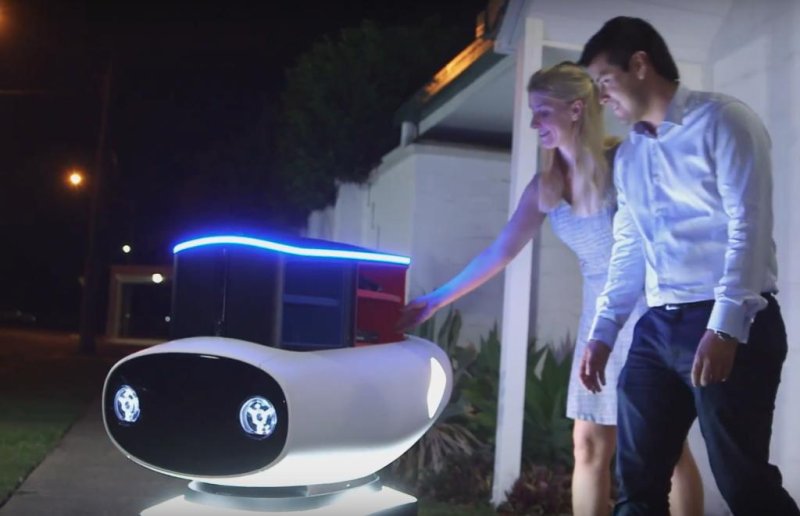 WELLINGTON, New Zealand, March 18 (UPI) -- Domino's in New Zealand announced plans to introduce an autonomous pizza delivery robot, which would be the first of its kind.

The pizza chain shared a video showing off the robot, known as the Domino's Robotic Unit or DRU, via Twitter after teasing the project for several days.

The prototype uses Domino's GPS tracking data and artificial intelligence to allow DRU to make deliveries on its own.

According to Stuff.co.nz, DRU also features separated compartments to keep pizza hot and drinks cold as well as on board sensors that allow it to avoid obstacles.

Domino's New Zealand Twitter profile also responded to followers, who asked when and where the robot would be available.

"An exact time frame is unknown and will vary while we work through policy and legislation regarding deployment of DRU," they wrote.

Domino's contacted New Zealand Tranport Minister Simon Bridges, who said there were "no particular legal blockages" for driverless technology and believes it could be a benefit to the country overall.

"If we see more of this, I think it would really enhance New Zealanders' lifestyles: we'd be ahead of the curve, we'd be getting hold of advanced technologies earlier," he said.

While addressing skepticism about factors such as vandalism and other concerns with DRU Domino's New Zealand general manager Scott Bush assured that the robot was more than just a gimmick.

"It's like most things: you look back at the original prototype of anything that ends up being successful, and you think wow, haven't we come a long away?" Bush said. "I don't doubt that this will be any different."