LOS ANGELES, March 3 (UPI) -- A new Los Angeles museum is seeking heartbroken lovers willing to donate the remnants of their past relationships for public display.

The traveling exhibition known as the Museum of Broken Relationships is set to open its second permanent location in Los Angeles by May 2016.

The museum, which was founded by Croatian artists in 2006, showcases various items from failed relationships ranging from CDs and cassettes to old sneakers and other pieces of clothing.

"The Museum of Broken Relationships grew from a traveling exhibition revolving around the concept of failed relationships and their ruins," the museum's FAQ page states. " The museum offers a chance to overcome an emotional collapse through creation: by contributing to the permanent collection."

Interested parties can submit their donations to the museum along with a "story" that provides details on the items and their emotional significance. The items are then displayed anonymously although a full name is required in the donation process to confirm consent.

Items of all kinds ranging from hand-written letters to large and expensive items such as instruments or vehicles can be exhibited as long as the accompanying "story" does not contain any content deemed offensive or discriminatory on personal, sexual, racial, religious, national or ethnic grounds.

The museum is holding a series of pop-up events in advance of the official opening, each featuring a small collection of items arranged on platforms.

A representative told LA Weekly that the final exhibit will contain about 100 items, including 70 percent from the Croatia location with the rest coming from local donations. 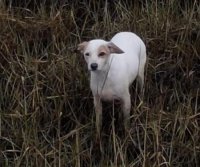